For our new series, ‘A day in the life of …’, NHRM followed Apprentice Jockey Grace McEntee to see what it’s like to be a jockey for the day. We also asked her some questions about her life in racing, check out the video below of that day.

This February we spent the day following Grace to see what it’s like to be an Apprentice Jockey for the day, filmed by her sister Robin McEntee in line with the covid guidelines. Grace works every morning for Phil McEntee whom she is an apprentice for. She also rides out for other trainers on various days depending on where she is required and often she may have rides for other trainers or owners.

Grace, daughter of Newmarket trainer Phil McEntee, first started working in racing once she had finished her GCSE’s in 2016. In early 2018 she took out her racing license as an Amateur for 6 months before attending the Northern Horseracing College later in the year where she was granted her Apprentice license

Grace’s first ride was aboard Malaysian Boleh at Les Landes Racecourse in Jersey who became a resident in the Rothschild Yard at NHRM when he retired in 2019. Since then, Grace has switched to being an Apprentice Jockey and has ridden 31 winners so far. We asked Grace some questions about her daily routine, her goals for the future and how lockdown has affected her career. 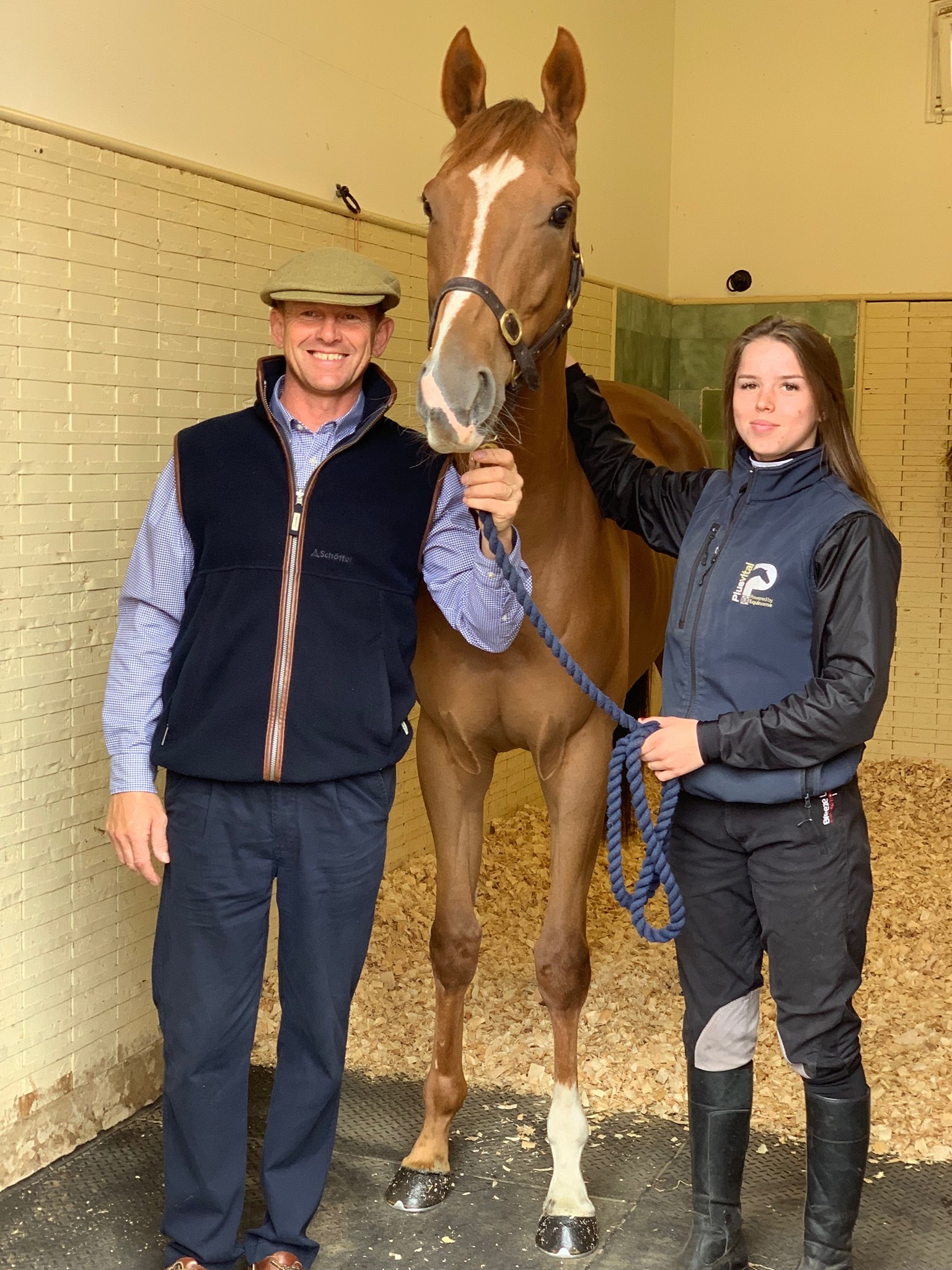 “Thank you for agreeing to allow us to film your day’s racing in February, can you talk us through a quick introduction to you. And your career aspirations?”

What time do you have to wake up most days?

We normally start around 6:45am so I usually will wake up at 6:15am, although I often ride out for other trainers first thing so I can sometimes be up around 5am

How many horses do you normally ride each morning?

On a typical morning we ride out 4 lots for my dad, but I can ride a few more depending on if I ride for other trainers too.

How long typically, is a racing day for you?

Each racing day varies as it could be a day meeting or evening meeting but from the time I get up and get home it could be at least a 12-hour day and sometimes even more. (On the day we filmed Grace she woke up at 6:15, worked her morning stables, headed to the races at 11am and got home at 7pm)

On the day we filmed you, you were riding at Lingfield Racecourse, which course have you had the most success at?

Chelmsford City Racecourse is probably the track I have the most success at. I had my first winner at Chelmsford too on a horse called Lunar Deity.

You have had a great start to the year with 7 winners so far, what is your main goal for 2021?

My main goal for 2021 is to keep riding as many winners as I can and hopefully ride out my 5lb claim. (Grace needs to ride 19 more winners to ride out her 5lb claim but we are sure it will happen!)

Has this last year hampered or accelerated your standing?

It was a bit slow to get going after racing returned from lockdown but over this winter I have really got going again and things are going great!

What has been your biggest winner to date?

My best winner to date was on Emily Goldfinch, trained by my dad and owned by my sister Robin, at the Rowley Mile Racecourse. It was a day I will never forget!

Which jockey do you most aspire to?

I would have to say Hollie Doyle as she has achieved so much over the last few years with winners at Royal Ascot and she is currently the top female jockey.

If you could ride one horse you currently don’t, who would it be?

It would have to be last year’s 1000 Guineas and Oaks winner Love, trained by Aiden O’Brien.

What advice would you give to younger riders who want to be a jockey?

My best bit of advice is to be patient and keep working hard because things don’t happen overnight.  (We would love to say a huge thank you to Grace McEntee for allowing us to film her race day and spending the time to answer our questions)

#WeAreNewmarket In September we’ll be welcoming artists in residence, locally [...]

National Horseracing Museum has announced the resignation of its Chairman, [...]

The National Horseracing Museum in Newmarket was delighted to welcome [...]

The first man to ride Shergar

We are looking for artists to support an exciting new [...]

Suffolk Archives has developed a countywide programme of activities to [...]