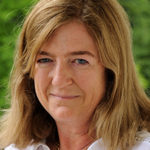 The National Horseracing Museum in Newmarket has announced the promotion of their former Vice Chair of the Board of Trustees to the position of Chair of the Board of Trustees, following the Trustees Meeting on 29th October.  Frances Stanley DL, who stands down as a Director of Newmarket Racecourse after 9 years at the end of 2021 also assists in the operation of New England Stud near Newmarket where she and her husband Peter breed thoroughbred horses.

Frances has been involved in and led numerous fundraising and community projects raising funds for several organisations including NHRM.  Along with her husband Peter, they have been staunch supporters and key fundraisers of the Museum from its early days in the old Subscription Rooms. In 2016, Frances competed in the Newmarket Town Plate, the oldest and longest flat race in the country, to raise money for the King Charles II statue that resides on The Rowley Mile Racecourse in Newmarket.

Her promotion to Chair of the Board of Trustees followed a unanimous vote from her fellow trustees and is testament to her tireless work on behalf of the Museum both seen and unseen.  She continues to be the keystone of the museum’s fundraising and keeping the charity ever present in the minds of the racing industry. Frances was also appointed a Deputy Lieutenant of Cambridgeshire in 2019.

Get Involved With #WeAreNewmarket Copy

Get Involved With #WeAreNewmarket Copy

NHRM is absolutely thrilled to have been awarded a VisitEngland [...]