The St Leger Stakes is an annual flat race held at Doncaster for three year-old Thoroughbred horses. Neither Sam Pharice or Blue Peter ran as the race was cancelled due to the start of World War II. Blue Peter had four other major wins that year, including the 2000 Guineas at Newmarket. Blue Peter’s successes made him a local hero in Newmarket and the community honoured him by fundraising and naming a spitfire after him. A section of the plane can be seen on display at NHRM. 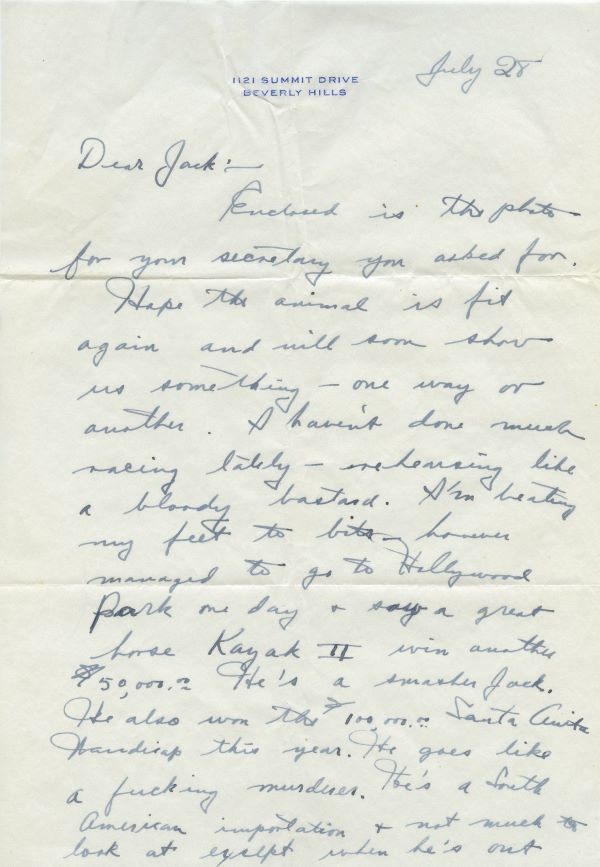 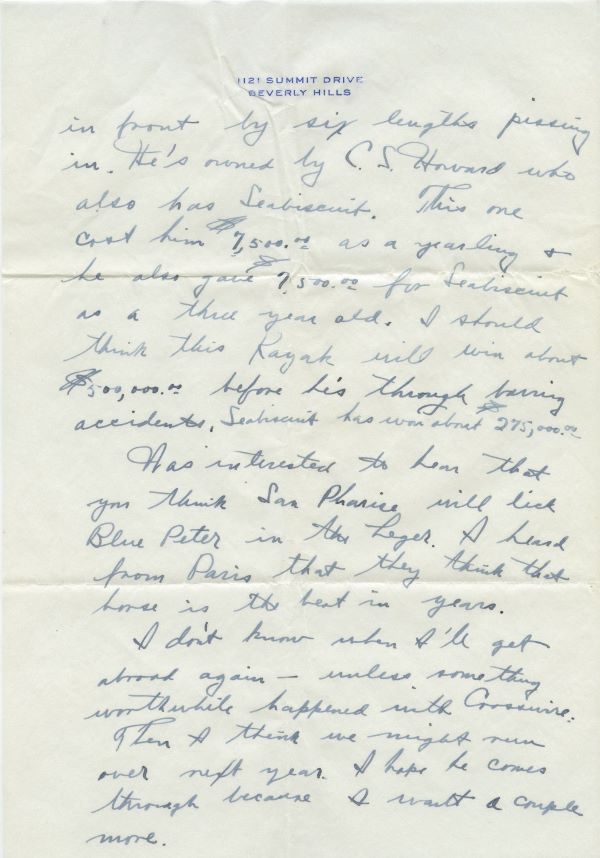 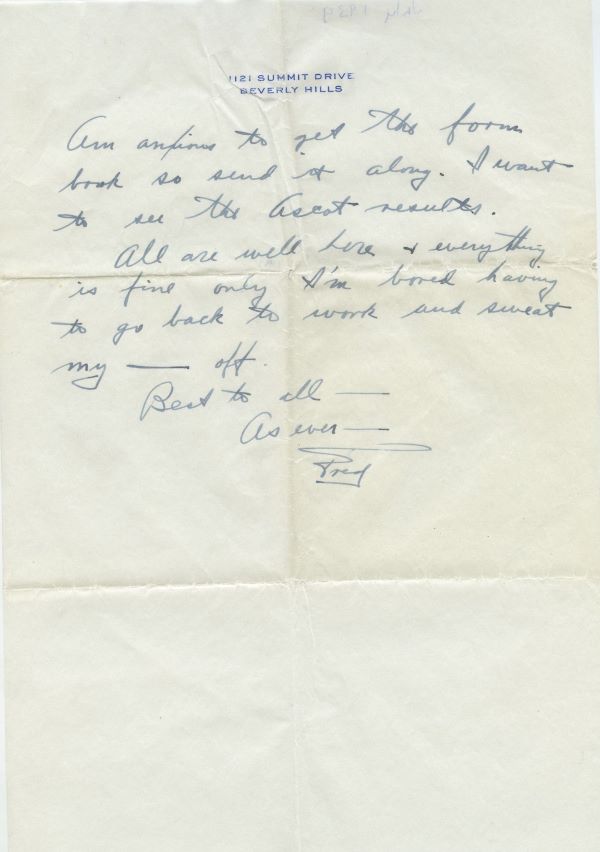 Enclosed is the photo for your secretary you asked for. Hope the animal is fit again and will soon show us something – one way or another. I haven’t done much racing lately – rehearsing like a bloody bastard. I’m beating my feet to bits – however managed to go to Hollywood Park one day and saw a great horse Kayak II win another $50,000.00. He’s a smasher Jack. He also won the $100,000.00 Santa Anita Handicap this year. He goes like a f*****g murderer. He’s a South American importation and not much to look at except when he’s out in front by six lengths pissing in. He’s owned by C.S. Howard who also has Seabiscuit. This one cost him $7,500.00 as a yearling and he also gave $500.00 for Seabiscuit as a three year old. I should think this Kayak will win about $500,000.00 before he’s through barring accidents, Seabiscuit has won about $275,00.00.

Was interested to hear that you think Sam Pharice will lick Blue Peter in the Leger. I heard from Paris that they think that horse is the best in years.

I don’t know when I’ll get abroad again – unless something worthwhile happened with Crosswire, then I think we might run over next year. I hope he comes through because I want a couple more.

Am anxious to get the form back so send it along. I want to see the Ascot results.

All are well here and everything is fine only I’m bored having to go back to work and sweat my ……. off.

Best to all, As ever