A small yet incredible racehorse, Hyperion had a huge impact on the racing world. Between 1932-1933 he had six major wins, including the 1933 Epsom Derby and Doncaster St Leger. After his retirement in 1935, Hyperion went to stud and was the leading sire in 1955 when this letter was written. Hyperion died in 1960, having lived for 30 years. He is still a presence in Newmarket, with his skeleton on display at the National Horse Racing Museum and his statue on the High Street at the front of the Jockey Club Rooms. 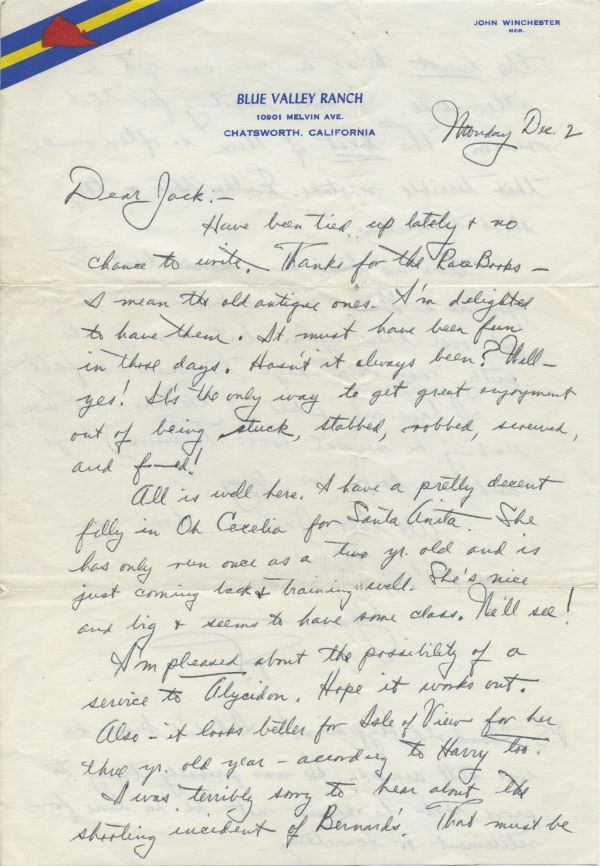 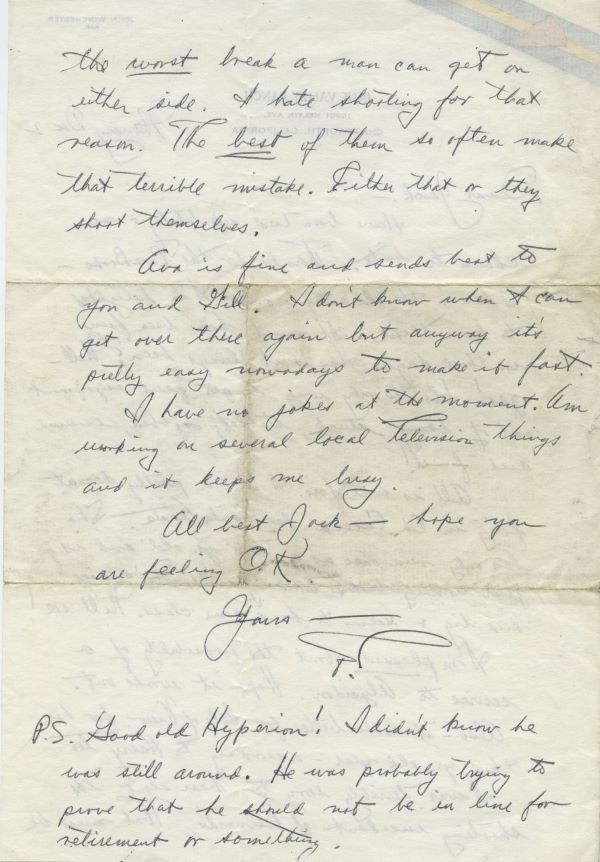 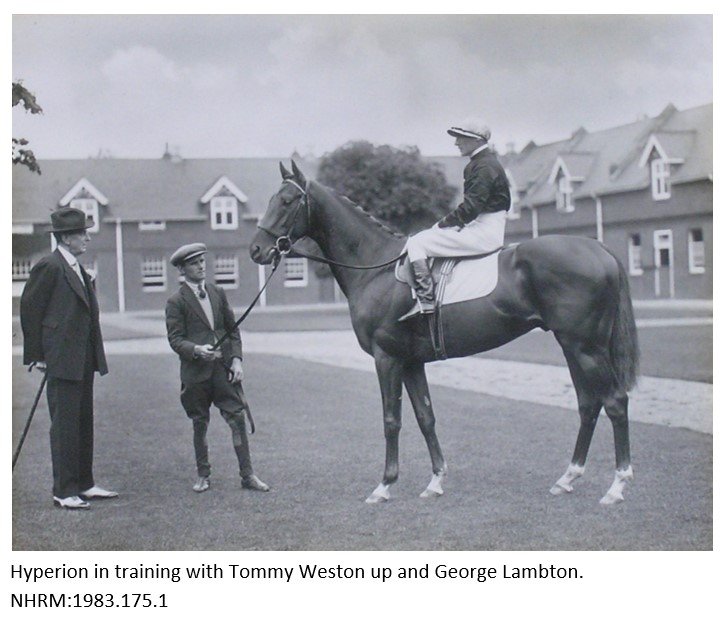 Have been tied up lately and no chance to write. Thanks for the Race Books – I mean the old antique ones. I’m delighted to have them. It must have been fun in those days. Hasn’t it always been? Well – yes! It’s the only way to get great enjoyment out of being stuck, stabbed, robbed, screwed, and f……d!

All is well here. I have a pretty decent filly in Oh Cecelia for Santa Anita. She has only run once as a two yr old and is just coming back and training well. She’s nice and big and seems to have some class. We’ll see!

I’m pleased about the possibility of a service to Alycidon. Hope it works out. Also – it looks better for Isle of View for her three yr old – according to Harry too. I was terribly sorry to hear about the shooting incident of Bernard’s. That must be the worst break a man can get on either side. I hate shooting for that reason. The best of them so often make that terrible mistake. Either that or they shoot themselves.

Ava is fine and sends best to you and Gill. I don’t know when I can get over there again but anyway it’s pretty easy nowadays to make it fast.

I have no jokes at the moment. Am working on several local television things and it keeps me busy.

All best Jack – hope you are feeling OK.

PS Good old Hyperion! I didn’t know he was still around. He was probably trying to prove that he should not be in line for retirement or something.