‘Funny Face’ was a musical comedy about an unlikely fashion model, released in 1957. Fred starred alongside Audrey Hepburn but the film initially had limited success. It was not until the release of another of Hepburn’s films, ‘My Fair Lady’, in 1964, that there was a sudden demand by audiences to see ‘Funny Face’. It was reissued in cinemas that year, drawing large crowds. 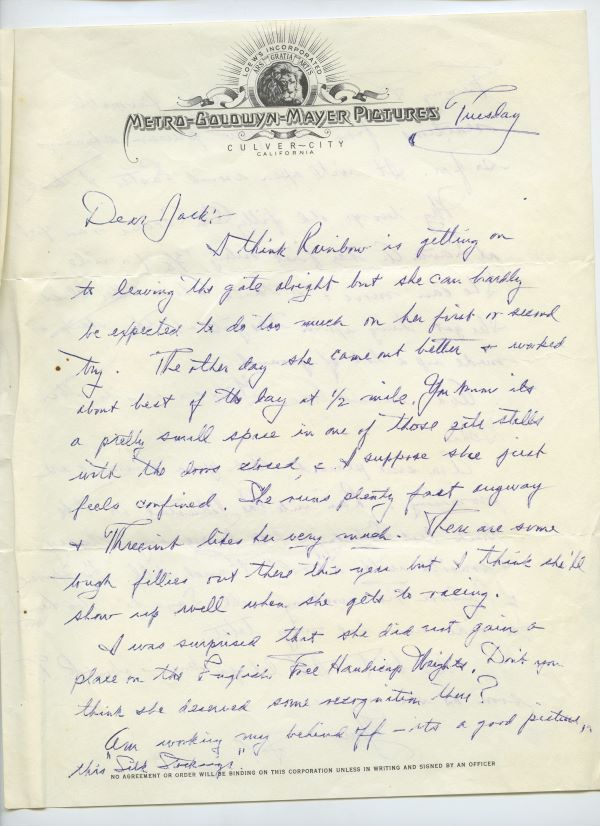 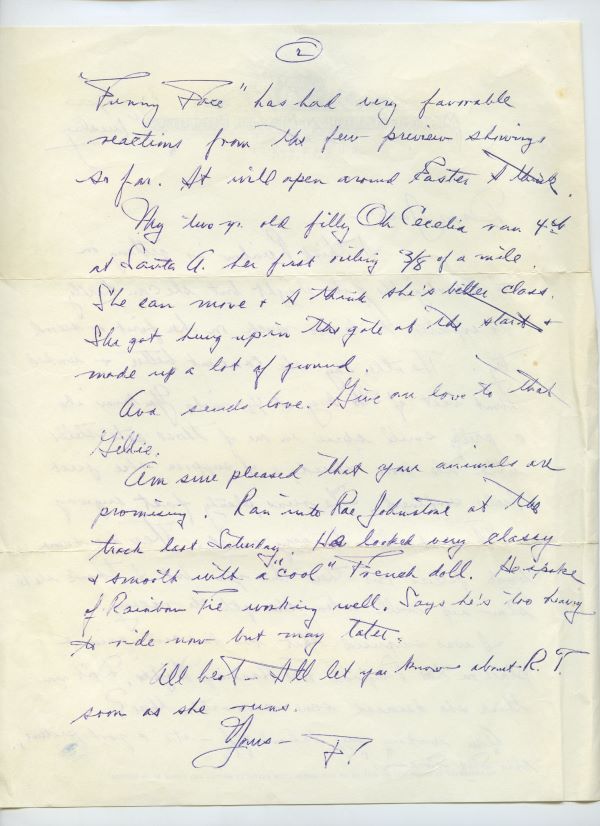 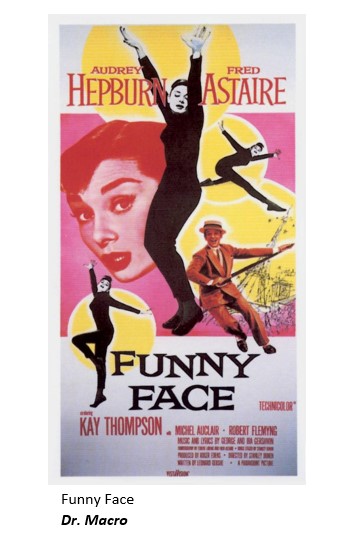 I think Rainbow is getting on to leaving the gate alright but she can hardly be expected to do too much on her first or second try. The other day she came out better & worked about best of the day at ½ mile. You know it’s a pretty small space in one of those gate stalls with the doors closed, & I suppose she just feels confined. She runs plenty fast anyway & Threewit likes her very much. There are some tough fillies out there this year but I think she’ll show up well when she gets to racing.

I was surprised that she did not gain a place on the English Free Handicap Weights. Don’t you think she deserved some recognition there?

Am working my behind off – it’s a good picture, this “Silk Stockings”.

“Funny Face” has had very favorable reactions from the few preview showings so far. It will open around Easter I think.

My two-year old filly Oh Cecelia ran 4th at Santa A. her first riding 3/8 of a mile. She can move & I think she’s better class. She got hung up in the gate at the start & made up a lot of ground.

Ava sends love. Give our love to that Gillie.

Am sure pleased that your animals are promising. Ran into Rae Johnstone at the track last Saturday. He looked very classy and smooth with a “cool” French doll. He spoke of Rainbow Tie working well. Says he’s too heavy to ride now but may later.

All best – I’ll let you know about R.T. soon as she runs.