Jack was a writer for The Observer and Sporting Life and often wrote articles about major races, including the 1969 Grand National. Fearless Fred was a favourite to win but he fell at the 4th fence. Highland Wedding won the race, however news of the result does not appear to have reached Fred Astaire in America. 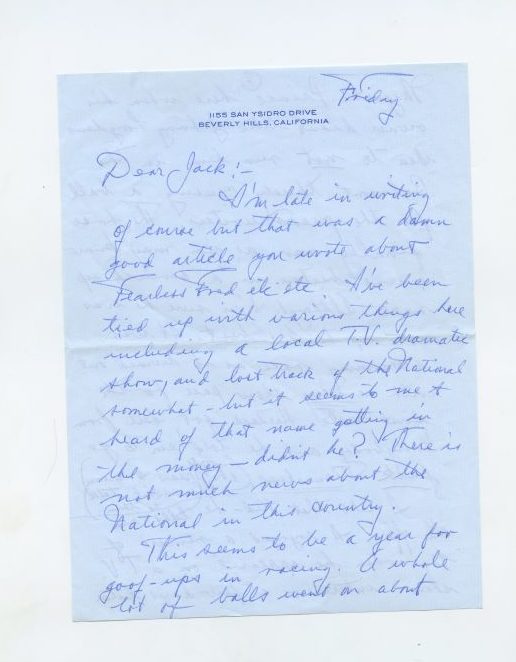 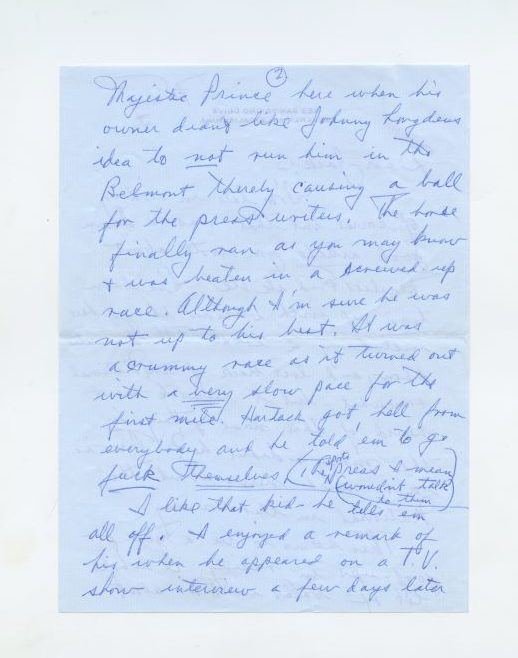 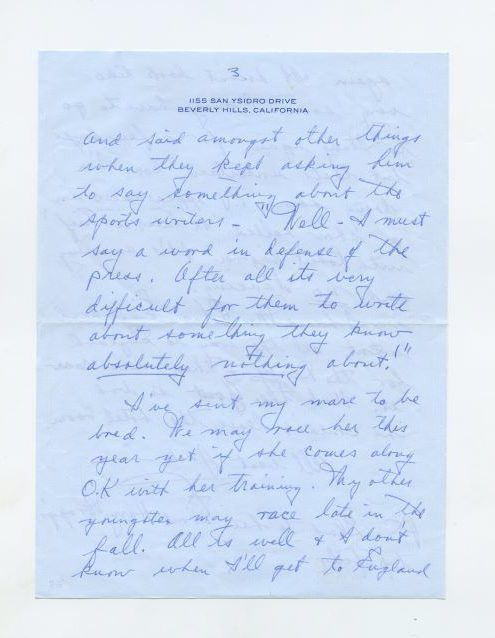 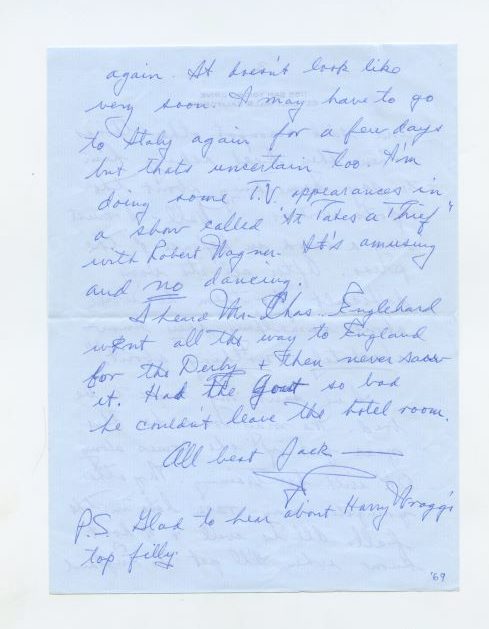 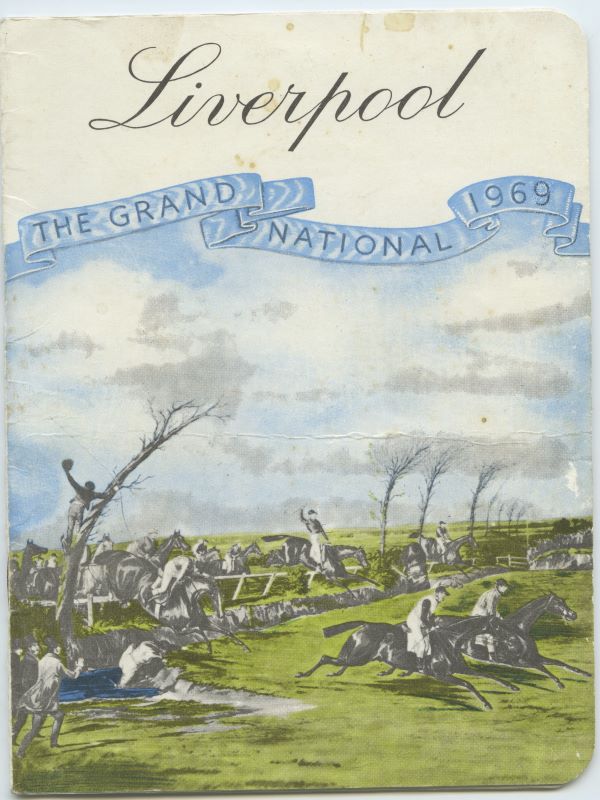 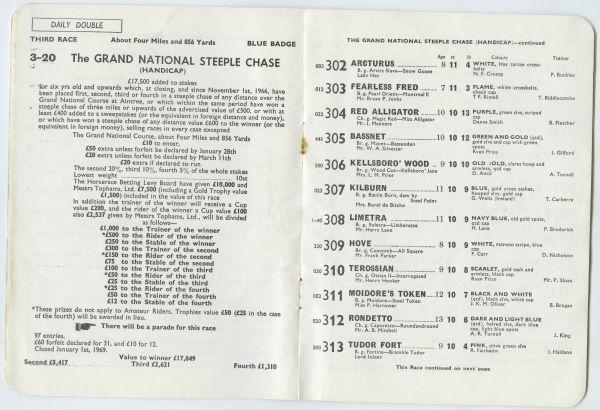 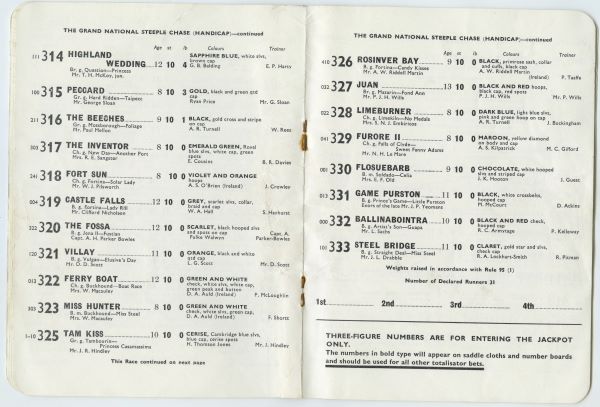 I’m late in writing of course but that was a damn good article you wrote about Fearless Fred etc etc. I’ve been tied up with various things here including a local TV dramatic show, and lost track of the National somewhat – but it seems to me I heard of that name getting in the money – didn’t he? There is not much news about the National in this country.

This seems to be a good year for goof-ups in racing. A whole lot of balls went on about Majestic Prince here when his owner didn’t use Johnny Longdens idea to not run him in the Belmont thereby causing a ball for the press writers. The horse finally ran as you may know and was beaten in a screwed up race. Although I’m sure he was not up to his best, it was a crummy race as it turned out with a very slow pace for the first mile. Hartack got well from everybody and he told ‘em to go F**k themselves (the sports press I mean, wouldn’t talk to them).

I like that kid – he tells ‘em all off. I enjoyed a remark of his when he appeared on a TV show interview a few days later and said amongst other things when they kept asking him to say something about the sports writers – “Well, I must say a word in defence of the press. After all its very difficult for them to write about something they know absolutely nothing about!”.

I’ve sent my mare to be bred. We may race her this year yet if she comes along OK with her training. My other youngster may race late in the fall. All is well and I don’t know when I’ll get to England again. It doesn’t look like very soon. I may have to go to Italy again for a few days but that’s uncertain too. I’m doing some TV appearances in a show called “It Takes a Thief” with Robert Wagner. It’s amusing and no dancing.

I heard that Mr Chas Englehard went all the way to England for the Derby and then never saw it. Had the gout so bad he couldn’t leave the hotel room.